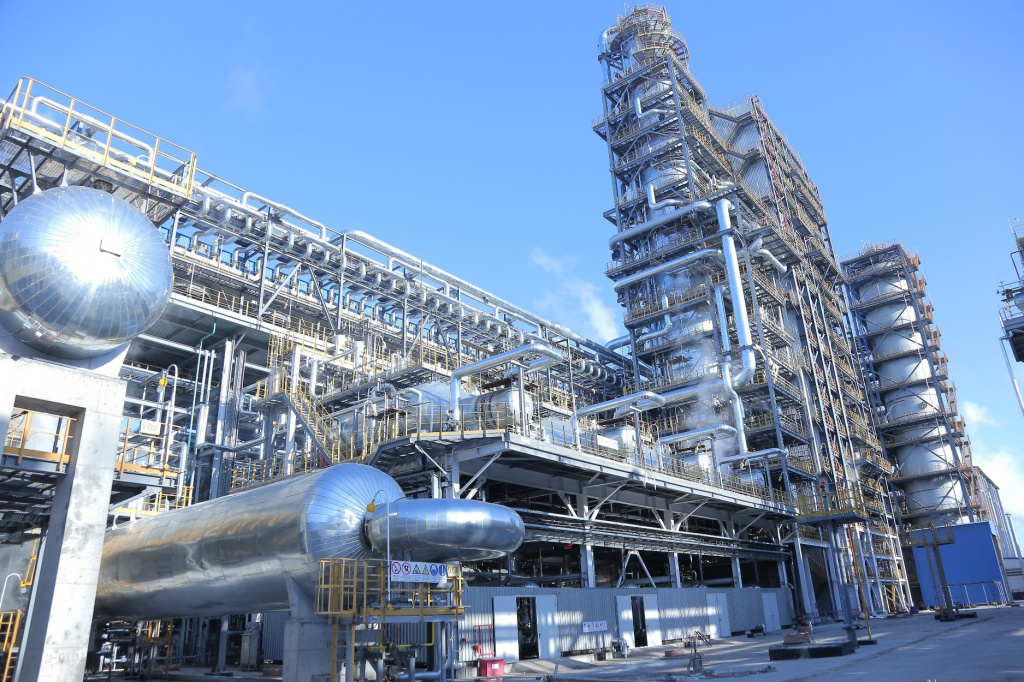 Atyrau Refinery LLP (“the Project Developer”) is a subsidiary of JSC "KazMunaiGaz" (KMG) and a largest oil refinery plant in Kazakhstan with installed crude oil refining capacity of 5.5 mln. tons per year, producing up to 35 types of oil products. The Atyrau refinery was constructed and started operations in 1945. The raw material being refined is a crude oil with a high paraffin content, from Mangyshlak oil deposits of the western regions of Kazakhstan. Its initial refinery capacity was 800,000 tons of oil per year.

1969 - 1971 - the first stage of modernization.
In August 1969, a technological unit for atmospheric oil refining and vacuum distillation of fuel oil ELOU- AVT-3 was put into operation.
In December 1971, a catalytic reforming unit LG-35-11 / 300-95 was put into operation, designed to produce a high-octane component of debutanized gasoline, hydrogen-containing gas and dry gas. The refining capacity of the unit is 300 ths tons of raw materials per year.

1980 - 1989 - the second stage of modernization.
In 1980, the first delayed coking unit (DCU) in Kazakhstan was built at the plant. The design annual capacity was 600 ths tons of raw material. The delayed coking unit ensured the production of 120 ths tons of coke per year, including 54 ths tons of electrode coke per year.
In 1989, a petroleum coke calcining unit (PPCU) was put into operation for the production of calcined coke, which is a raw material for the aluminium industry. The initial design capacity of the PPCU was 140 ths tons per year of raw coke.
In 1992, the Atyrau Refinery for the first time carried out a trial processing of Tengiz oil - a new type of oil with a significantly higher content of light fractions

2002 - 2006 - the third stage of modernization
The project of the Atyrau Oil Refinery Reconstruction was developed by Marubeni Corporation (Japan) and JGC Corporation (Japan) with the involvement of Kazakhstani design institutes such as CJSC KazNIPIEnergoprom (Almaty), OJSC NIPI KazMunayGas, NIPI Caspian Engineering & Research, Kazakhstan Institute of Oil and Gas (Aktau), Shymkent Center DGP “RNITsBHP" (Shymkent), Energy Institute (Almaty).
2012-2016 - the fourth stage of modernization - construction of the Complex for the production of aromatic hydrocarbons and the Complex for deep oil refining.
Atyrau Refinery LLP has plans for modernization of its wastewater treatment facilities and for remediation of the existing wastewater discharge channel and evaporation fields (the Tazalyq Project). The European Bank for Reconstruction and development (EBRD) is considering providing financing support to the Atyrau refinery in realization of the Project. The Project will need to comply with EBRD’s Environmental and Social Policy (ESP) (2014) including Environmental and Social Performance Requirements (PR).