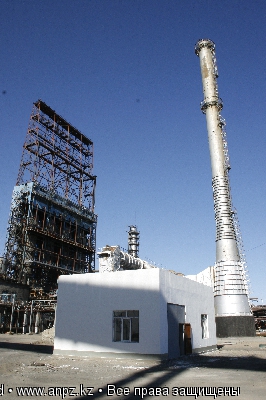 Delayed coker unit in unheated chambers of 21-10 / 6 type is designed by the “Bashgiproneftekhim” (Ufa), binding to off-plot facilities is made by the “AzGiproNeftekhim” (Baku).

The unit is intended to produce coke from heavy refining residues (tar, fuel oil), which is  raw material  in electrodes production for aluminum industry.

Delayed coker unit was put into operation in 1980.

In addition oil products is produced at the unit:

Gasoline, as a product of the unit, is stored in the intermediate storage park №8 for storage of gasoline coke (2 vertical steel tanks 2,000 m3 each).