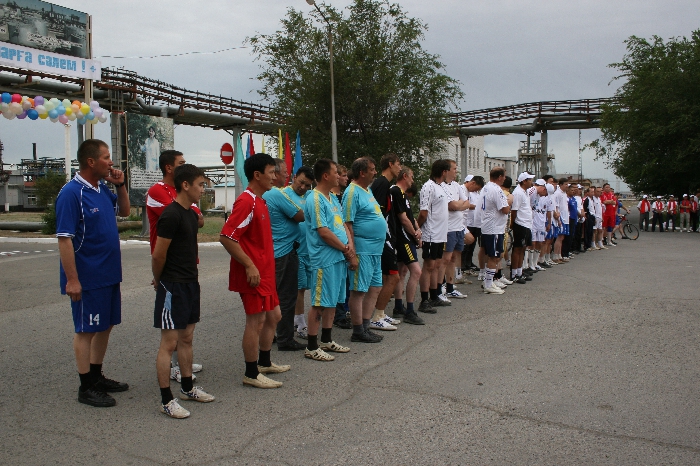 In order to improve the corporate climate and maintain a healthy lifestyle of refinery workers the work  was provided on the organization of sports and mass cultural events, which are actively involved workers of almost all workshops and departments. Support of mass sport and the involvement of workers in the sports competitions - one of the priority directions the social policy. During the year there are various competitions and Spartakiades, tournament  of productions commanders, competitions in winter fishing, football championship among children to the Day of protection children and others. All these events are collected a lot of participants and fans.

Atyrau Refinery is proud of its good sporting traditions. Employees of the oldest industrial enterprises of Kazakhstan in the past, and now provide an example of commitment to sports, healthy lifestyle.  Refinery teams on football, volleyball and tennis, taking an active part in regional and city championships, national competitions and tournaments, win prizes and thereby popularize these sports, promote healthy lifestyle of collective of company. The newly formed team on hockey and the floorball actively train. 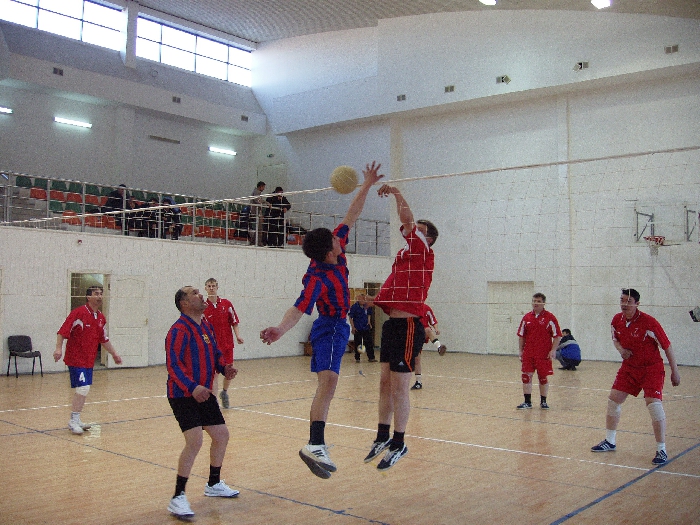 Annually plant-wide Spartakiad, dedicated to the professional holiday - the Day of Kazakhstan's oil and gas industry workers. Oil refiners are experiencing themselves in the team competition on 9 sports: athletics, rope pulling, volleyball, mini-football, basketball, floorballand the individual championship in chess, togyzkumalak, table tennis. The main purpose of Spartakiade to all collective of has become one big team, provide an opportunity for each employee to prove themselves in the sport.

In 2009, the plant-wide Spartakiad was dedicated to the 110th anniversary of Kazakhstan oil and the Day of the oil and gas industry workers of  Republic of Kazakhstan.  Prograc of ompetition,  as usual, was intense and varied. Oil refiners were able to test himself in the team competition in 10 sports: athletics, rope pulling, volleyball, mini-football, basketball, veloestafete and the individual championship on the weight lifting, chess, checkers, table tennis. The purpose of Spartakiade - to maintain corporate relationships between employees and the promotion of health workers of the plant. In the framework of Spartakiade,  competition was dedicated to the 110th anniversary of Kazakhstan oil, there was held football tournament, which was attended by football teams of  "Atyrau Refinery" LLP,  "KazTransOil" JSC, "EmbaMunaiGas" JSC, "PetroKazakhstan Oil Products" LLP Shymkent. The winner was our team! 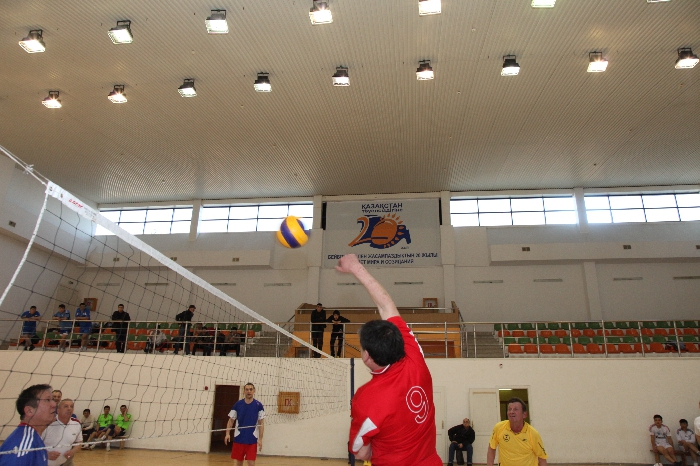 As part of the Message of the Head of State with regard to the development of mass physical culture movement,  Spartakiad  for the Cup of  General Director (Chairman of the Board) among employees of the group of companies  "KazMunaiGaz - RM" JSC in sports complex "Ak-Bulak",  in Almaty , where  in the team scoring the refinery  team repeatedly won first place. The program  of Spartakiade includes competitions in chess, weight lifting, arm wrestling, table tennis, swimming, volleyball and mini-football. The competition is usually attended by the team of  "KazMunaiGaz-RM" JSC,  "KazMunayGas Onimderi" LLP,  "Pavlodar Oil Chemistry Refinery" LLP, "Atyrau Refinery" LLP,  "PetroKazakhstan Oil Products" LLP, the representatives of the subsidiary of NC "KazMunayGas"  JSC from far abroad The Rompetrol Group (sports teams from Romania, France).

For playing and training athletes, carrying tournaments  there are provided  sport complexes for such sports as football, basketball, volleyball, floorball, hockey, tennis and others by the Partnership. Refinery  workers have the opportunity to use the indoor swimming pool with gym is free, and members of their families - on corporate discounts.